You did great in your exams or nailed a job interview, and suddenly, one of your closest friends stopped talking to you out of the blue. You are left clueless and have been trying to figure it out ever since. This one question keeps occurring to you over and over again. “Is it me?” No, darling. It is not you. These are typical signs of jealous friends. They are jealous of your success, and you won’t believe how many people are in the same boat as you. The worst part about their envious nature is that they make you feel guilty about your success. They pretend as if something was done wrong on your end rather than accepting that they have been acting immature and petty.

The best part about achieving big goals is to watch how everyone wants to be you. The envy in people’s eyes can be satisfying, they say. But it’s all fun and games until your own friends start being jealous of you and display toxic behavior whenever you are around. For instance, it might feel good if the class topper was jealous of your stellar scores, but what if your best friend begins to show such dispositions? They say it feels like an achievement to make people jealous of you, but trust me, it is not a great feeling when you get the promotion you deserve, and half the office starts avoiding you. Friends or not, jealousy is never a positive feeling, especially when you are on the receiving end of it.

Studies have shown that jealousy is one of the primary reasons for broken friendships. It often starts slow; little green-eyed looks, small scoffs, and undermining your achievements. But with time, it grows. Their passive-aggressive behavior toward you might start getting all too obvious.

Jealousy comes coupled with insecurity, fear, and anger. Most people who display signs of jealousy are low on self-esteem and confidence. The critical thing to remember here is It is not about you; it is about them and their insecurities.

Let’s weigh in some unmistakable signs of jealous friends:

Do you have a friend who will cleverly try to impose that your success is based on certain undue advantages that they did not have? Let me give you some instances so you can identify your jealous friends:

One of the primary signs of jealous friends is that they undermine everyone’s success by bringing an angle of ‘Life Is Unfair’ into it. Look closely at how your friend talks about people in general. Studies show that jealous people often excuse their failure and other people’s success on outside events. While it is true that life can be very unfair to some people, it is not generally the case for your envious friend. It is merely a way of letting off steam. Even if it were the case, as your friend, they should share your happiness, not sabotage it with such bitterness.

So, have you noticed how whenever you or any of your other friends in your group share exciting news, there’s this one friend who somehow manages to make it about themself? For instance, you broke the news of your wedding to your nearest and dearest friends. Everyone is congratulating you, asking you for details of how your partner proposed or you did, and suddenly, this one friend starts with their sob story of how they might die single. It looks harmless in the beginning, but then you begin noticing a pattern. Every time you talk about some development in your life, they can’t seem to tolerate all the attention being on you; they can’t accept not being the center of attention themself.

One of the signs someone is jealous of you is when:

Friendship is all about supporting and uplifting each other. Your friends should ideally be your fiercest support system, second almost to your parents. But then you see this one friend who belittles your success and even almost tries to sabotage it with negative comments. For instance, you must have noticed how one of your friends often makes you doubt yourself before you start any venture. Usually, it will be a small remark like “are you sure?” “But what if it does not work?” “I would not have done it if I were you.” Do you notice how none of it is direct? Instead, it is almost as if they want to secretly implant a speck of hesitation in your mind and push you toward failure.

Read here : Tips To Keep In Touch With Your Childhood Friends

Sign #4: The Giving and Receiving Part of Your Friendship is Not Proportional

Did you notice with some friends you give more than you can ever expect to receive? They call you up for almost everything; if they have a single fight with their partner, if their parents are being too strict, in case of a fashion emergency, and for any other advice, they ring you up regardless of the time of the day. It’s all good until you want their help. Suddenly they have a ton of work to complete. Their daily chores, which they happily ignore while talking about their problems for hours at a time, become an unexpectedly important affair.

When your feelings are not reciprocated equally in a friendship, and there’s an evident imbalance in the giving and receiving of love, it is often an unavoidable red flag. Friends who are jealous of you tend to monopolize and hog every conversation you have. There is absolutely no point in trying to salvage such friendships.

Sign #5: Their Constant Need to Upstage You is Draining

When someone envies you, they will try their best to one-up you; whether it is regarding one of your recent successes or just in general, they have done it all and done it better. That’s the general tone of your friendship nowadays. Somehow your new job is nothing compared to what they are doing currently. Or worse, they have done it and apparently, were not impressed in the least bit. You see how they ever so casually dismissed your accomplishment. That’s one of the most glowing bright signs someone is jealous of you.

Studies show healthy competition among friends is a good sign. It helps with personal growth. But what if it’s too much? A genuine friend, even if they are competing with you, will always have your well-being in their heart. They will always want you to accomplish everything you deserve. But this friend of yours seems almost bent on defeating you in every aspect of life. More than their win, your loss makes them happy. If that is the case, I hate to break it to you; you have an ultra-jealous friend who needs to be gone from your life.

You thought it was cute when your friend started getting pissed at you for making new friends in college. But wait. Then why does it feel so wrong? That’s because they are not over-acting their jealousy; it is precisely what they are feeling. They act clingy, start sounding accusatory while addressing your new friends and try really hard to isolate you and have you all to themselves. Some movies might have romanticized these characters, showing how two besties feel utterly envious of anyone who tries to get closer to one of these two friends, but trust me- it is anything but cute. They are clearly insecure and cannot handle you getting additional attention.

How to handle jealous friends?

If everything fails, it is better to lose such a friend than let them constantly weigh you down with their negativity.

I am a writer and an enthusiast who has been a part of various freelancing agencies and have contributed as a blog maker, content creator as well as editor. I am always looking for opportunities that will help me to grow in a diverse environment. Currently working as a content freelancer at QuackQuack, one of the largest dating app for singles, which has encouraged me to succeed and grow professionally by utilizing my skills and knowledge appropriately. 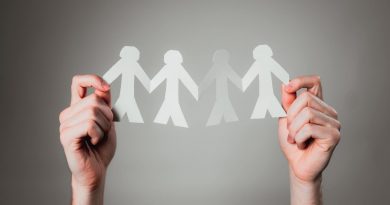 Some Friends Are Forever: Tips To Keep In Touch With Your Childhood Friends 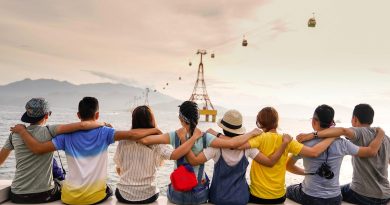 6 Solid Tips On How To Make New Friends Online 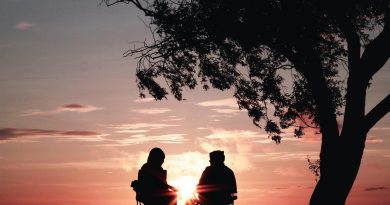 Can You Remain Friends With Your Ex? Tips and Things to Consider