The term red flag, just like any other red signal, means stop or do not move any farther. Red flags or red signals essentially are a forewarning of danger.

In a relationship, red flags are an indication that it is better not to move ahead with the relationship with this particular person. This term is applied to rightfully exaggerate the fact that the events down the road together with this person will be emotionally challenging and damaging.

Red flags in a relationship are subjective. They differ from one person to another based on their desires and values. Also, red flags can evolve over time. What you consider a red flag today might not be one a year later.

In today’s world of online dating and love at first swipe, red flags are more complex than ever. From not making your relationship public even after spending a considerable amount of time to being a controlling or jealous partner, be on the lookout for these 7 red flags in a relationship.

1. Does Not Want To Make The Relationship Public

Many people complain that their partner does not want to make their relationship public. It is okay in the initial stages. You might want to see where it’s going and only when you’re sure, make it public. But not acknowledging your relationship even after spending a considerable amount of time with someone is a red flag. It can very well mean that this person does not want people to know about you or has no intentions of being exclusive with you. Be careful; they might even be cheating on you.

And even if their intentions are not bad, they are merely very private; you don’t have to settle for anything less than what you want and deserve. If you are someone who wants to flaunt their partner to the entire world, you deserve to have the same reciprocated.

Some possessiveness here and there is common in any relationship, but everything should stay well within its limits. If they start displaying possessive behavior for every plan you make, try to control what you wear, whom you can talk to, and even isolate you from your family and friends, then it is time for you to end the relationship. Preferably before the damages are irreversible.

Most people are blinded by love and don’t realize that trying to take control of your partner’s life is emotional abuse. These are traits of an insecure person, and there will only be more emotional abuse down the road.

It is better to be with a person who shares the same relationship goal as you. It is not just a red flag but also a personal issue. When the two people don’t see eye to eye as to where they see their relationship going, the chances of a break up inherently increase.

Some more differing relationship goals that can create conflict are where you want to stay in the future, whether you believe in the concept of marriage, how you want to tackle finances, and such.

No, it’s not a red flag if they haven’t disclosed that they enjoy pineapples on pizza; you only found it later in the relationship. But hiding more vital things like things in their past that will impact the present or keeping other such secrets will damage the relationship.

While we don’t have to share every little detail with our partner, if it is something of significance, informing your partner of it seems the right thing to do. Secrets can be damaging to trust! And once the trust is broken, the relationship will eventually end.

5.They Can Get Violent

Violence is a serious red flag in any aspect of life, let alone a relationship. If your partner shows violent traits when angry, or in general, it is highly recommended to remove yourself from that relationship as early as possible. Such people can’t healthily channel their emotions and resort to violent demonstrations. It can also mean they lack empathy.

If you are with someone who can’t control their rage, there is a good chance of physical abuse if you ignore this red flag and continue with the relationship.

It is easy to be so enamored by your partner that you can’t see any fault in them. That’s when you listen to what your near and dear ones have to say about your partner. If all of them don’t seem to like the person, there is good reason to look into the matter. Your partner might be misunderstood, but if everyone says there’s something off with the person, you should not blatantly ignore it. Sometimes an outsider’s perspective can help sort things out in a relationship.

A relationship is all about compromise and finding the middle ground where both the partners can be happy. But if it is one-sided and your partner will not budge an inch, you will end up over-compromising and exhaust yourself. It is a red flag if your partner always seems reluctant to compromise on any issue. Proceed with caution! The future of such a relationship winds down the road of resentment, misunderstanding, and constant fights with your partner.

Word Of Advice From QuackQuack

The key to having a happy relationship is to trust your instinct. Know when to walk away. Everything will not last. There are plenty of fish in the sea. You don’t have to stick with someone who exhibits alarming traits.

I am a writer and an enthusiast who has been a part of various freelancing agencies and have contributed as a blog maker, content creator as well as editor. I am always looking for opportunities that will help me to grow in a diverse environment. Currently working as a content freelancer at QuackQuack, one of the largest dating app for singles, which has encouraged me to succeed and grow professionally by utilizing my skills and knowledge appropriately. 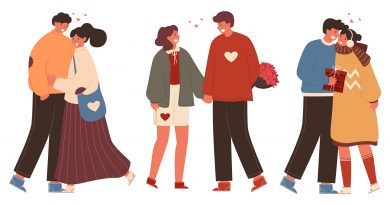 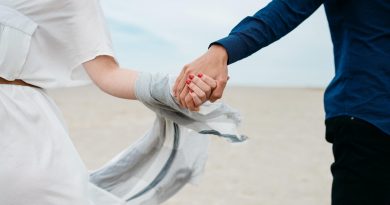 How to Keep the Spark Alive in a Long Term Relationship 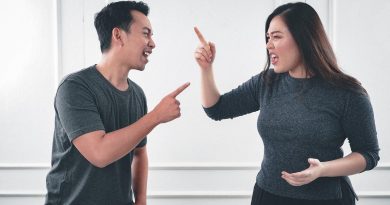 How To Handle a Fight In a Relationship With Finesse