You are here because something feels off. Your intuitions say your partner is not who you thought they were. Your heart might be blindly in love with them, but your brain says your sweetheart is a player. Did you accidentally see some of their chats? Or did you hear them talking to someone? Or perhaps it’s always been there at the back of your mind for a long time, but you did not want to admit it. Whatever it might be, you are here now, and we might have some answers for you.

It isn’t easy to tell if you are dating a player. Remember, they have been doing this for far too long and know exactly how to deceive you. But with time, you get closer to them and start noticing clues. But, the thing about being a player is that you can’t hide it forever. The truth has to come to light sooner or later.

Here is a list of signs to look out for if you think your partner is a player:

The number one sign of a player is they hate to commit. Once in a while, we all love to discuss the future and dream about where the relationship will be some years later. But if you are dating a player, you must’ve noticed how quickly they change the topic. They’ll try everything in their power to put an end to this discussion.

The reason behind this odd behavior is simple. When a person has multiple people to cozy up to, they would never want to commit to just one. They don’t desire exclusive and monogamous relationships.

For argument’s sake, let’s consider that your partner is not cheating on you with someone else at the moment; they will still hate committing to you. Committing to you would ruin his prospects of meeting others.

Players only want the fun part of the relationship. They avoid the deeper connection, the conflicts, and the tough decisions- the part that makes it a real relationship. If you notice your partner behaving like this repeatedly, rest assured that there is something fishy.

2. You Have Caught Them Flirting

This one seems simple but isn’t. Flirting, even if you are in a committed relationship, is considered healthy. Given that it is a quick harmless flirty exchange.

But with players, this is different. They will flirt with anyone and in any social setting. And their flirting game is at its peak. In fact, one of the key reasons you fell for them was because they flirted with you so smoothly. Isn’t it?

3. Excuses Are At The Tip Of Their Tongue

Try asking your partner why they were late for your dinner date. From having a meeting to getting caught up in traffic, they will come up with random excuses as fast as lightning.
While they might be telling the truth at times. But, when giving excuses is a regular thing for your partner, chances are they are lies.

4. Lying Is Their Second Language

For players, lying is as easy as breathing. They can fabricate almost anything. They might be lying to you about their job, family, age, and even name. Who knows!

Players will come up with stories about how much you mean to them, they will lie to cover their tracks and try to convince you that they are committed to you.

But lies always catch up to you. Even players slip up. And once that happens, you will catch them in the act.

5. Never Introduces You To Their Friends And Family

If you are to have multiple relationships at one time, it’s best to leave your friends and family out of it. That’s what players do.

Whenever you bring up meeting their friends, somehow the topic changes to something else. You have introduced them to most of your close buddies, but you know nothing about your partner’s life.

That’s a classic player move. They love to keep their personal life and their romantic conquests separate.

Remember, if someone loves you genuinely, they would want to make you part of their life. And that means meeting their friends and family. They will show you off. If that’s not happening, it’s time to sever some ties.

Think logically. If you were juggling multiple people at one time, you, too, would have a mysterious vibe around you. A player never reveals their day-to-day plans with you. Have you ever asked your partner what their plans are for the day, and they dismissed you? They even go so far as to call you nosey.

Does your partner keep the phone locked at all times? They don’t let you open their chats or look at their call logs. And even if you do, these people are pros. More often than not, you’ll find everything has been deleted.

These are all red flags, and chances are high you might be dating a player.

7. They Are Always Online.

Do you find your significant other always online on social media platforms? You might’ve said goodnight to each other, but you saw the green light on till late at night.

It is not out of the ordinary if you even find out that their online dating profile is still active. But try asking about it, and you will end up getting tagged paranoid.

If you are looking for a serious and meaningful relationship, you are dating the wrong person. It is time you face the facts and move on. There are plenty of good people out there, and they will be lucky to have you as their partner. There is no point in waiting for a player to change their ways. That day won’t come!

Hello, I am a content writer specializing in dating and relationships. I focus on helping people see the world through rose-tinted glasses. Currently, I create content for QuackQuack, India's most downloaded dating app. I have made it my goal to provide my client with unparalleled content. Every company has a story to tell and I work to ensure that it gets heard! 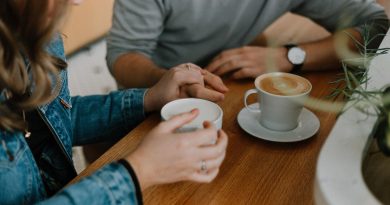 Three-Day Rule! Is It Still A Thing In The Age Of Online Dating? 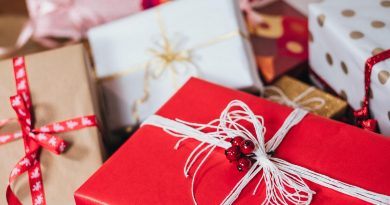 5 Best First Date Gifts For Her : Prepare to Impress 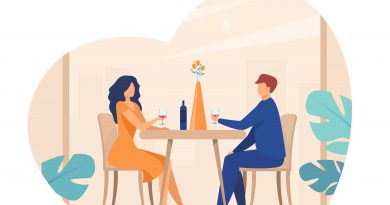 5 Things To Avoid On Your First Date : A Guide To A Smooth-Sailing Date